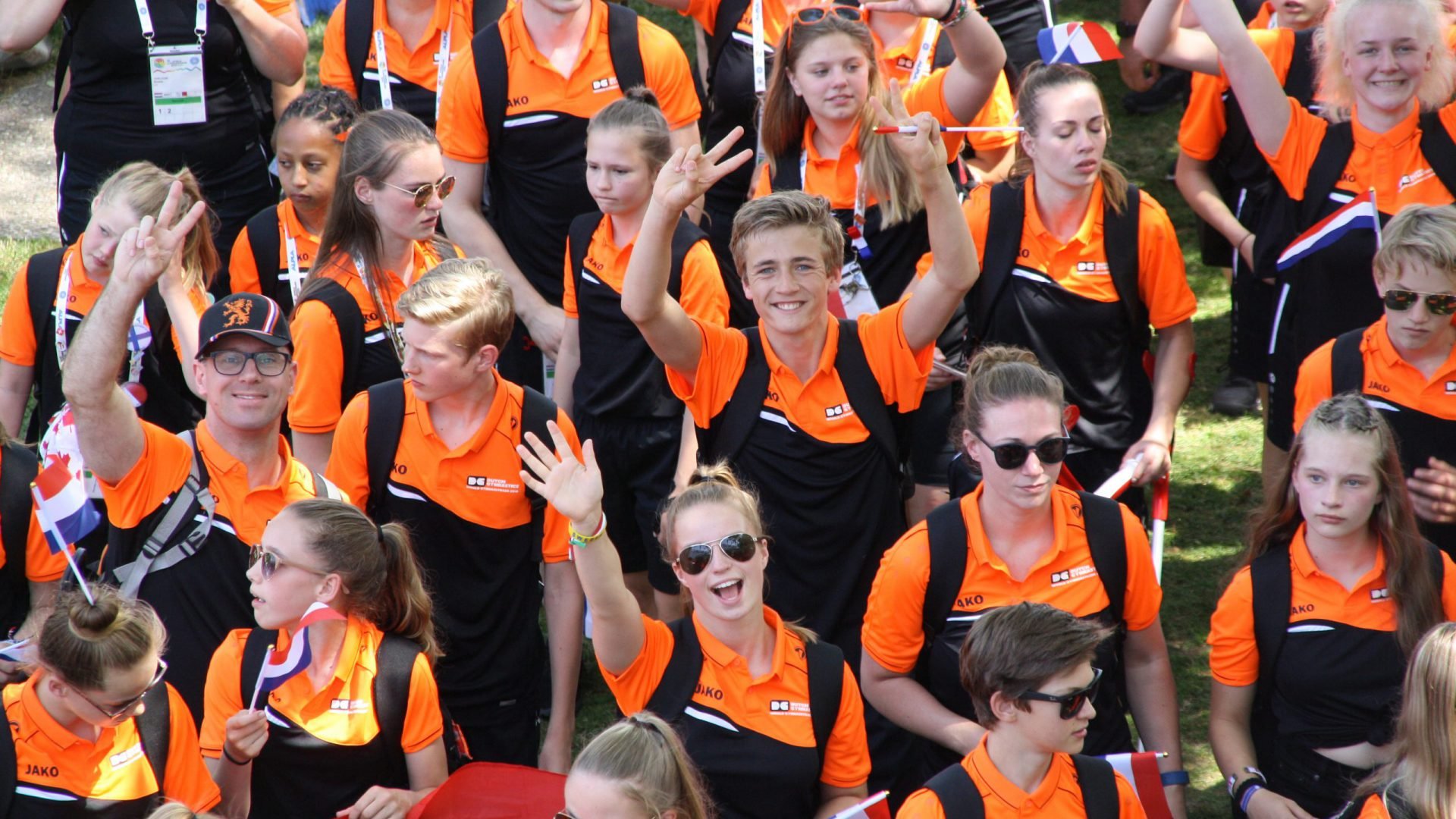 The World Gymnaestrada is a world-wide, non-competitive event held every four years, attracting the largest number of active participants of any gymnastic event. Participation is for everybody, regardless of gender, age, race, religion, culture, ability or social standing.

All participants practice to perform their routines at the World Gymnaestrada,
but that’s not the only goal. It is more about the whole experience, the festivities and a feeling of belonging. Proudly representing their countries, adds a slight Olympic feeling to the event. Gymnastics from all over the world come together, reunited after several years, reinforcing international friendships, transcending language and culture differences.

Since the very first edition in The Netherlands in 1953, the World Gymnaestrada has travelled around the world and grown into a multicultural gymnastics festival. After 32 years, this celebration is returning to Amsterdam. It is expected to be the best and biggest World Gymnaestrada ever.

Amsterdam is the city of tolerance, connection, sport, fun and culture. These are touchpoints that also apply to the World Gymnaestrada, one of the most splendid events in global sports. The Royal Dutch Gymnastics Federation
and Amsterdam have joined forces to raise that event to a next level in 2023. The roots of the World Gymnaestrada lie in the Netherlands; and as far as we are concerned, it is the steppingstone to the future.