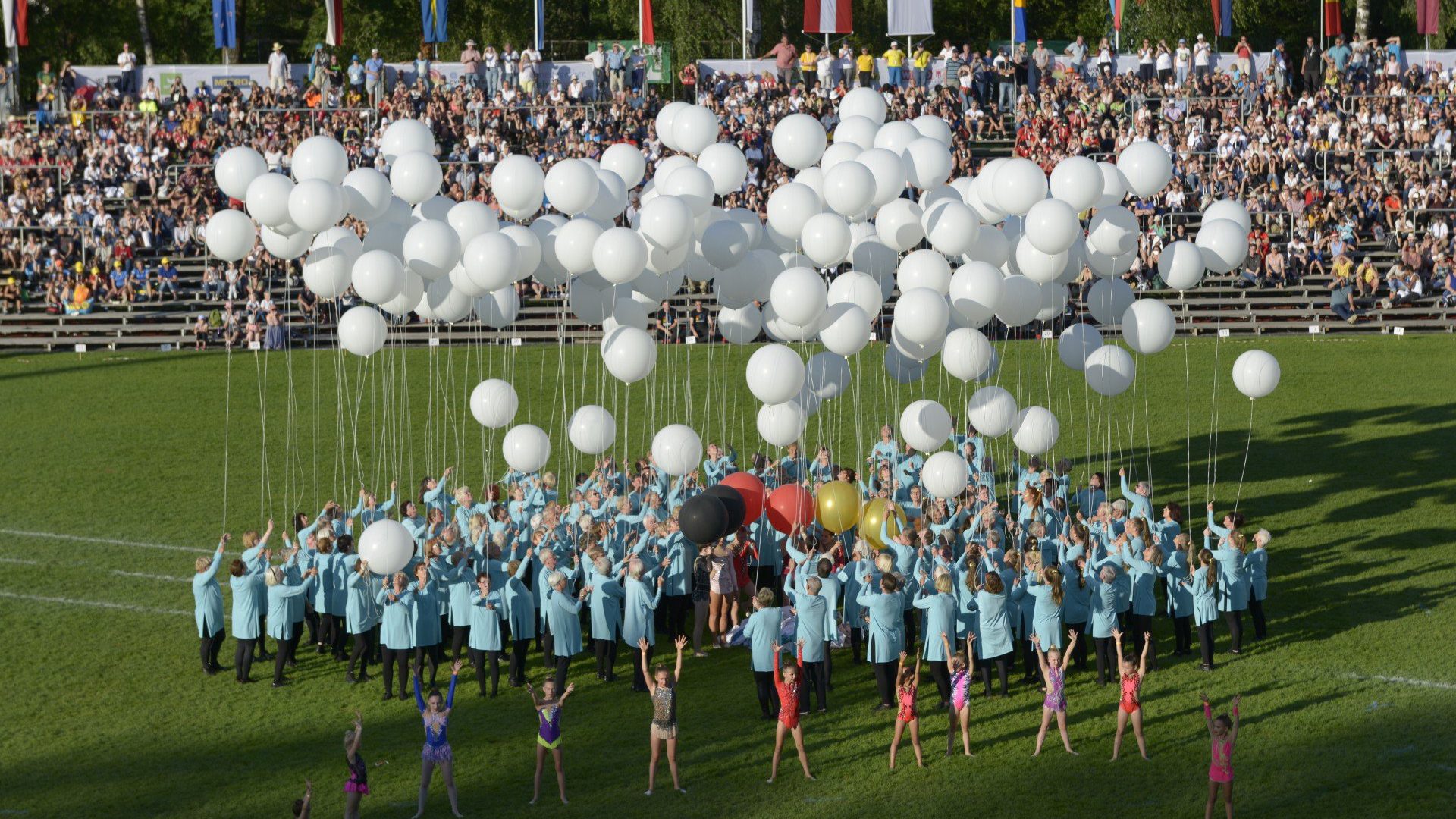 Of course, times have changed. In few ways are 1953 and 2023 still comparable. And yet, if we zoom in on the very first and the upcoming edition of the World Gymnaestrada, there are still many similarities. Not only is the event back in the Netherlands, also the premise – a great, but non-competitive event for gymnasts from all over the world – is still intact. As in 1953, everyone is still welcome, regardless of gender, age, race, religion, culture, ability or social status.

Sixteen editions have now been held; the seventeenth edition will begin in Amsterdam in just under a year. After 1953 (Rotterdam) and 1991 (Amsterdam), the Netherlands is organizing the event for the third time. This means that the event is now ‘back home’, as the saying goes, in the country where it was originally conceived. Moreover, the Netherlands was present at all editions.

It is not alone in this. Sweden, Germany, Great Britain, Finland, Denmark, Belgium and Austria have also been there all 16 times. Norway and Switzerland missed only one edition. They skipped the 1957 World Gymnaestrada in Zagreb because of the unrest in the world after the Russian invasion of Hungary in 1956.

(Because it’s incredible to see how many times a country has participated at the World Gymnaestrada, we made an overview of that. You can find it here).

When you hear stories from the early years of World Gymnaestrada, they still seem to echo today. Talk to participants from today, athletes who participated in the last edition in 2019 in Dornbirn and / or looking forward to the upcoming episode in Amsterdam, and they tell the stories you could also record in 1953. The international fraternization, the unique atmosphere that you experience with thousands of gymnasts among each other, the massive performances in stadiums and event halls, the entertainment in and around the schools that are set up as sleeping locations; it was the topic of conversation in 1953, and it still is today.

Just last year, Mrs. van Loon recounted how amazing she had experienced the 1953 World Gymnaestrada. She was 18 at the time. “It was quite an experience. Being a young lady demonstrating your favorite sport in front of a full stadium, that was exciting and honorable.” Although the event was in her own country, she had found the international contacts to be very valuable. “When I look at photos from that time, all the memories come flooding back. It was truly a wonderful experience.”

Needless to say, participants are nowhere near as ignorant as they were in the early years. Thanks to the Internet, among other things, especially this century much more can be seen of previous editions. On YouTube you can find many demonstrations, from all corners of the world material is uploaded. Also, the news travels much faster, organizing federations can keep their participants much better informed. In the 50s and 60s of the last century, for many of the participants it was often their first international trip, a leap of faith. Cities like Amsterdam, Zagreb, Stuttgart, Vienna, Basel and Berlin sounded far away to someone from, say, Belgium or Portugal, let alone Canadians and South Africans. You can imagine that a bus trip on the European roads or even a plane trip was a great adventure in those days.

Yet even now, for a large proportion of the participants, it is an exciting journey every time. Expectations are high, everyone wants to show their best performance, even though no jury is watching and there is no penalty for a minor beauty mistake. And to make it a top week, with the members of their own group, with fellow countrymen and women and with participants from the rest of the world.

The international gathering in sports halls, on grandstands, in dining halls, in public transport and at the sleeping accommodation gives the Gymnaestrada a special atmosphere. Although today participants can also choose to stay in a hotel, tradition dictates that the majority still chooses to sleep in schools. Not only does this reduce the costs somewhat, but sharing a dormitory is also part of the unique experience. Gymnastics veteran Dawn Rozzell-Howens previously told us that the event leave a big impression. “It’s always very emotional when you meet people from all over the world and it turns out that language is not a barrier. The World Gymnaestrada is a fantastic event, it’s my highlight every four years.”

From outside to inside

While in the early years virtually everything took place outdoors, more and more events are now held indoors. Accommodations have obviously improved over time, and have become larger. One no longer has to rely solely on stadiums. In addition, the average group size has become much smaller. In the early years it was mainly about mass (country) performances, now many more teams come into action. Light and sound play a much bigger role than before. In the past, in some cases there was even live accompaniment – from the piano, for example – today the participating federations provide a sound and lighting plan well in advance. Moreover, they can play with the decor. The most modern techniques contribute to an even more spectacular performance than was possible before.

Initially there were no City Performances either; the downtown performances were added later. They make it possible that literally everyone can get acquainted with the Gymnaestrada, buying a ticket is not necessary at City Performances, on public stages.

The World Gymnaestrada turned out to be in many countries for example the catalyst for the construction of more and better accommodations. In the Netherlands in the early fifties everyone complained about the fact that there were so few sports halls and gymnasiums, abroad there were already many more. The Gymnaestrada was one of those events that started a nationwide movement for more physical activity. Also thanks to the Gymnaestrada, sports for everyone, and on every level, got more attention. Although it wasn’t called Gymnastics for All yet, the idea that sports was for everyone and that it didn’t have to be competitive grew along with the event. It is one of the effects that every participant can be proud of.