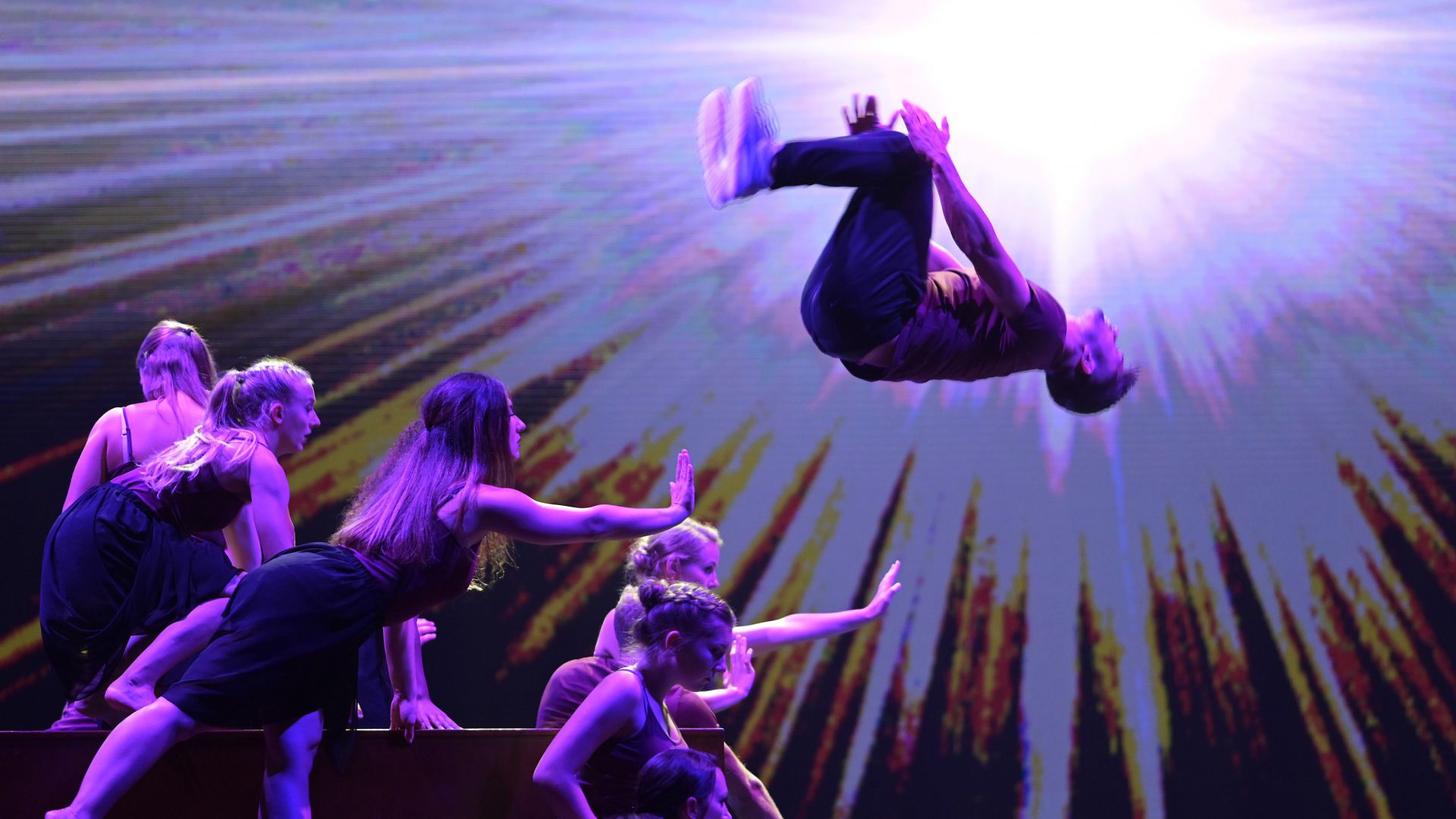 A fresh milestone has been reached today on the road to the 17th edition of the World Gymnaestrada in Amsterdam (NED). The World Gymnaestrada 2023 Amsterdam will take place from 30 July until 5 August next year and will provide an opportunity for the Gymnastics For All community to gather and share their love of the sport.

The 2023 event comes 70 years after the first edition, which was also held in the Netherlands – in Rotterdam in 1953. A Dutchman, JH Sommer, then FIG Vice President and chair of the Royal Dutch Gymnastics Federation, was instrumental in setting up that inaugural event and this will be the third time for the Netherlands to act as host, with Amsterdam having staged the 1991 event.

To mark today’s one-year-to-go milestone, the Local Organising Committee (LOC) has produced an animated video featuring Amsterdam’s famous landmarks and World Gymnaestrada venues . “Be Amazed” is the motto for Amsterdam 2023 and organisers are hoping that more people than ever will be amazed by the World Gymnaestrada as they seek to bring to the Netherland’s capital a record number of countries and participants.

LOC President Manon Crijns said: “We are going to do something unique in Amsterdam next year. In 2019 I accompanied the Dutch delegation to Dornbirn in Austria. I was thrilled to be able to experience it for myself. I couldn’t believe my eyes. And that ‘we’ feeling. It really is a community in which you are quickly accepted. It’s not without reason that people often come back the following edition.”

The 2019 edition welcomed 65 federations, including 11 newcomer countries , which was a record number. “We want to take the opportunity with the 70th anniversary to have at least 70 federations celebrating us,” said Rogerio Valerio, president of the FIG Gymnastics for All Committee. “Now is the time to work for that and we are receiving positive answers from around the world,” added Valerio, who is encouraged by the growing number of countries from the different continental unions who are involved in Gymnastics for All.

The key message from the GfA Committee is that the World Gymnaestrada is an event open to all. By way of example, the oldest participant in Dornbirn (AUT) four years ago was 90 years old. “This is about inclusion,” Valerio stressed. “Gymnastics for All is for every age and every ability.

“This is the biggest event that the FIG organises – it’s our star,” he added. “There were over 18,000 participants in Dornbirn who got together from around the world to share their love of Gymnastics.”

The Amsterdam Olympic Stadium, venue for the 1991 edition, will also stage the closing ceremony and the large group performances.

The latest step in the preparations took place on 1-2 July with an information meeting on site in Amsterdam involving the Local Organising Committee and the FIG GfA Committee together with the heads of delegation of 35 countries.

It was the first opportunity for all parties to be together in person, with the previous information meeting, in July 2021, having taken place online. It was also the first official assignment of the new GfA Committee with its members having been elected at the FIG Congress last November.

More than 60 participants were present in total to learn about the logistical plans for next year, visiting the venues and learning about the programme being put in place by the LOC.
“Hopefully it will inspire more people to join,” said Valerio who is relishing this coming together of the GfA community following the challenges with the pandemic. “After Dornbirn in 2019 we are back with everyone together in Amsterdam,” he said.