Stina Kajsa Colleou from Norway: “We are already looking forward to it. All the girls are excited, and we talk a lot about it.’’ 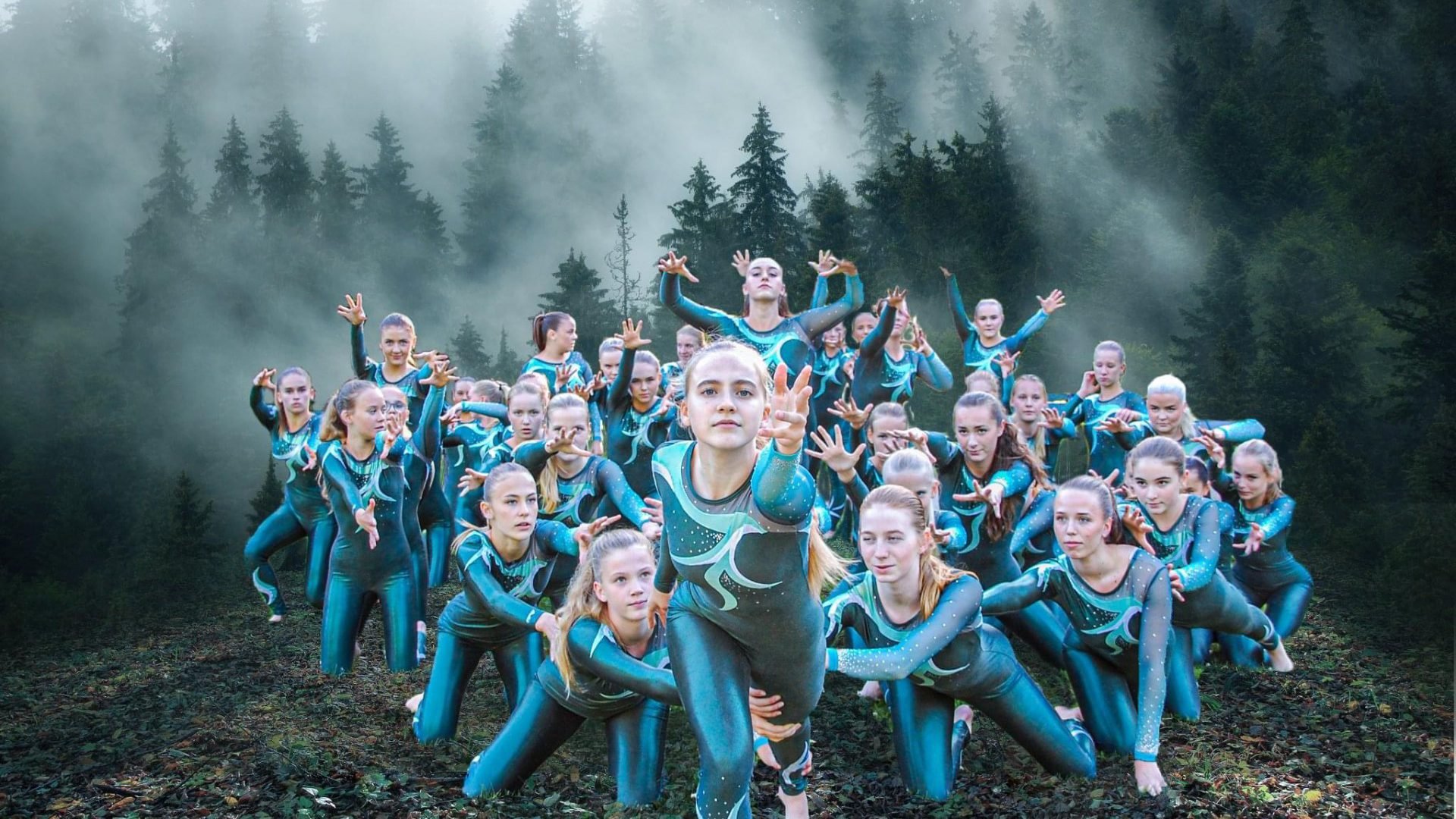 Everyone is already looking forward to it, everyone is preparing thoroughly. Groups in more than 50 countries are working on their performance for the World Gymnaestrada, which will take place in Amsterdam from July 30 to August 5, 2023. In a series of interviews with participants and coaches, we talk about their commitment and passion for the event. In episode 5: Stina Kajsa Colleou from Norway. She is the athletic director at Fredrikstad Turnforening, which will come to Amsterdam in 2023 with a group of 74 girls, aged 13 to 20.

The gymnastics club from Fredrikstad, a municipality south of Oslo near the border with Sweden, has been around since 1881. So it is deeply rooted in Fredrikstad. Stina Kajsa Colleou:,, Whoever in town you talk to, knows someone who is a member or has been a member themselves. The club is very well known. And the nice thing is, everyone shares good memories of their time here.”

Moreover, everyone is immediately talking about the unique club building of the Turnforening. The stately wooden building in the heart of the city was inaugurated by the club in 1899 and has remained the club’s training location ever since. It is really beautifully maintained, a picture. ,,When you walk past it, you have an irresistible urge to come and have a look inside. You simply can’t not like it. Such an old building, and so wonderfully well maintained. It’s unique! I myself have been with the club for just 3 months. Originally, I am not from Fredrikstad. I have taken all my friends and family who have visited me recently for a tour at our gymnastic home. They come in wide eyed, with open mouths and they all shout: wow! Because it really is a great building, the atmosphere here is special.” 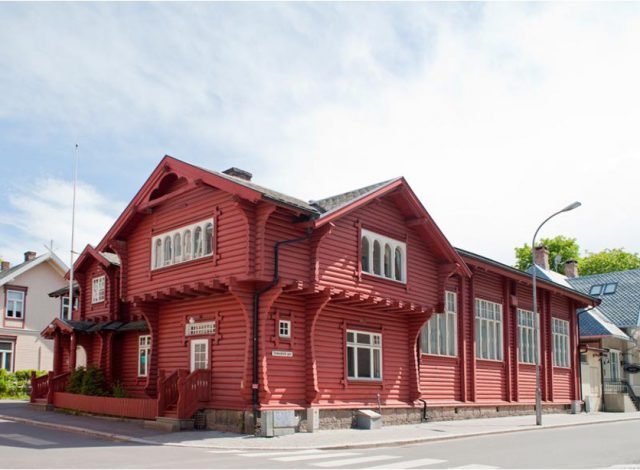 The wooden gymnastics hall is used daily for training sessions. ,,We currently have about 800 members. Between the ages of 2 and even up to 92. Some of the older ladies still meet regularly here, the Turnforening is not only an important part of their lives, it is their second home.” In the fifties of the last century the club even had 1400 members. In other words: gymnastics is really big in Fredrikstad. ,,It has become one of the biggest, most important sports in Fredrikstad over the years.” Former swimmer Stina is the athletic director at Fredrikstad Turnforening. The acrobatics team consist of approximately 110 girls, with 74 of which are going to the World Gymnaestrada in Amsterdam. ,,For a lot of them it will be their first participation, a number of them were also there in 2019 in Dornbirn.”

Fredrikstad Turnforening has a long history with the World Gymnaestrada. ,,The very first time we participated was in 1999. After that we have always been there. On a number of occasions, such as in 2011 and the last time in Dornbirn, the club had the honor and pleasure of being part of the FIG Gala. That is always something special.”

For the upcoming edition of the World Gymnaestrada the group of girls are preparing three shows and two city performances. As well as a performance during the Nordic Gala on August 3rd. Our group performances will be 12 minutes long, and our main performance is about four minutes long. We have been working on it for over a year now, and we will still use the coming year to prepare our show. We meet up to five times a week in the evenings. I must say that I have enormous admiration for the group. Both the gymnasts and the coaching staff work really hard, but have a lot of fun too. It’s a lot of work, but we’re all very excited. We want to put our best foot forward in Amsterdam.”

The exercise is a mix of acrobatics and dance, and traces back to some old Norwegian traditions. ,,Our main show is called ‘Hulderskogen’. This is a show based on the Norwegian forest and old Norwegian fairytales. The ‘hulders’ are a kind of beautiful trolls that lives in the deep forest and fool the humans with their beautiful existence, despite their evil truth..”

Just before departure to the World Gymnaestrada, a real training camp will take place. ,,We will work together up until the end of June for the last dots on the i’s. Then the girls get a little bit of time off before a training camp where we will train twice a day. After that we are completely ready to put on a beautiful show in Amsterdam, we are already looking forward to it. All the girls are excited, and we talk a lot about it.’’ 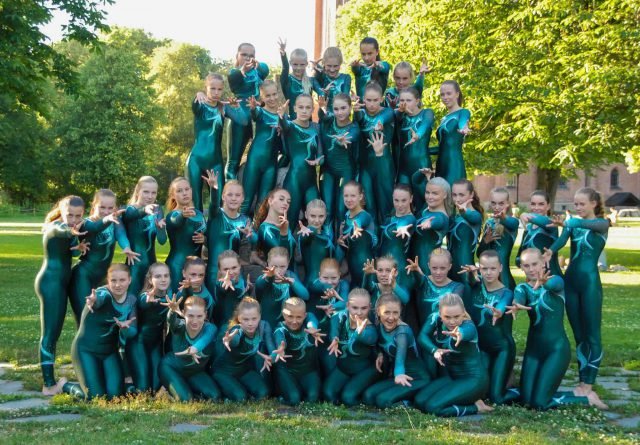 Although she herself grew up as a professional swimmer, Stina knows the philosophy behind the World Gymnaestrada and Gymnastics for All, where it’s not about the points but about the fun. ,,I have been a part of both worlds. But I very much agree with the thinking behind Gymnastics for All. Fredrikstad Turnforening value the statement of gymnastics for all. We have an open door, and an open heart for everyone. Everyone is welcome. That’s really important. But, of course, we want to get to a certain level and put in a good performance in Amsterdam. There is a certain standard that we try to live up to. We want to be as good as possible, that’s why we train so much.”

Although it is the first time for Stina to go to the World Gymnaestrada, she has already learned a lot about the atmosphere and entourage. ,,Everyone within the club is looking forward to it, I am no less. I think about it every day! It is also so much fun to work towards a goal with such a large group. You see the whole process. They are getting to know each other better and better, and that will be even more the case in Amsterdam. They learn to work together, become closer as a group. All this means that you can also do the exercises better together. It’s really great to do this whole journey with this group. It will be amazing.’’

Julie Levasseur from Canada: “We can learn a lot from each other. Sports can prepare us for so much more than a medal”

Hymy Larimo-Tullila: “Last year was great and it only gets better. Those girls are all very serious about it.”