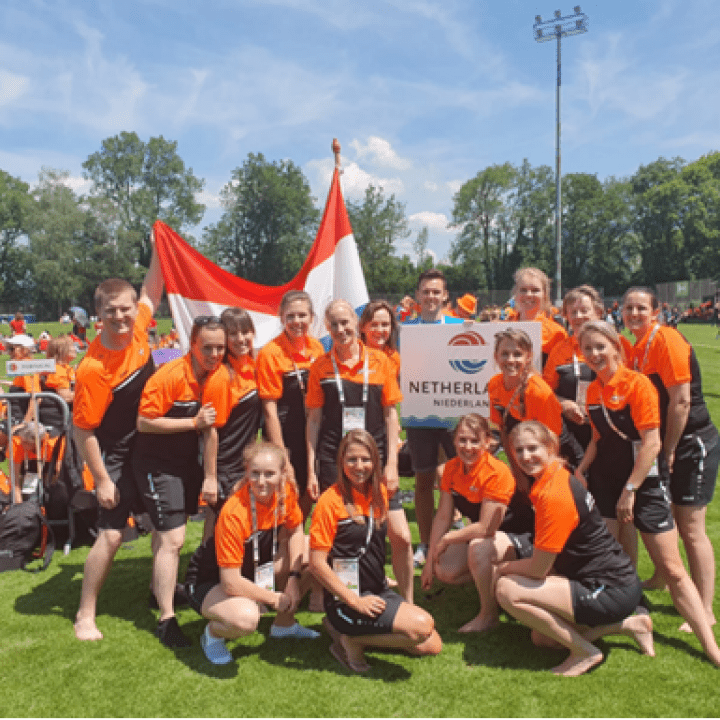 I’m Giulia de Groot, 24 years old, I play sports at KDO Krimpen and I participated at the World Gymnaestrada in Dornbirn, Austria. Read here how I experienced the week.
Source: KNGU

And then it was finally here. The event we’ve all been looking forward to for so long: the World Gymnaestrda! Since I participated for the first time in 2015, I am addicted. Addicted to the feeling of freedom, fun and experiencing something unique together.

Today we enthusiastically started the day by practicing the closing ceremony. Since we will be the host country in 2023 and therefore officially take over the baton on Saturday, we will provide the closing act in the stadium with all 336 participants. Pretty exciting! Then into the bus to the halls where everything happens this week. Singing in the bus and ‘from left to right’ we already came across several countries singing their own songs. At the venue we had dinner, enjoyed the nice atmosphere and the sun that was still shining at the time. Unfortunately, later in the day the opening ceremony was cancelled due to a chance of thunderstorms. On Wednesday we will do it again. We have started! 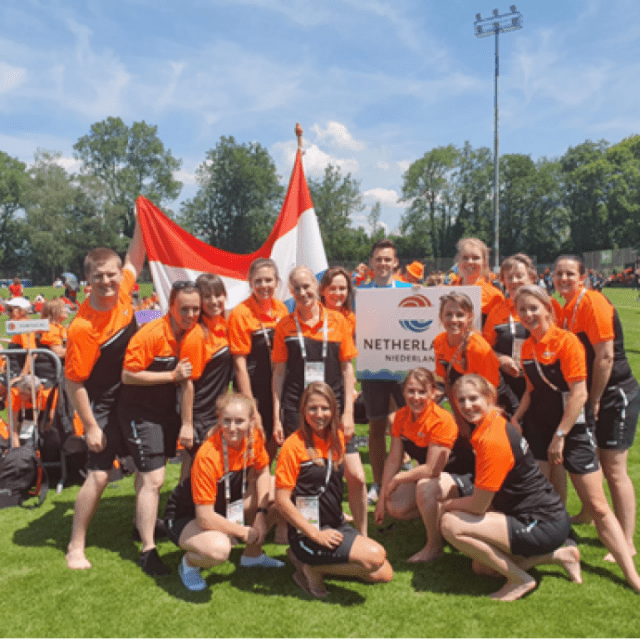 A day full of watching demonstrations from all kinds of countries, from Sweden to Barbados, from Germany to Japan. In addition, several Dutch showed their demonstrations. We were also allowed to perform today and how cool was that with the very enthusiastic audience! The room was completely full and we received a loud applause. Tonight we went to the country evening in Switzerland, where we were amazed. What a beautiful show with lots of variation! Now we have to go to bed early, because tomorrow we have to perform again. Looking forward to it!

‘Time flies when you’re having fun’. How fast this week goes here! Today we performed our demo for the second time and it went even better than yesterday. We also saw other great demos from countries like Portugal and Switzerland, where large groups from various disciplines managed to put on a great show. That is really enjoyable! The atmosphere at the halls was great today in itself and a cocktail in the sun was a must. In the evening the ‘Orange grill evening’ was on the program at the school where we sleep. The Austrians made delicious sausages and schnitzels for us, after which we went wild to the Snollebollekes and much more. But every party comes to an end, because tomorrow there is much on the program again. 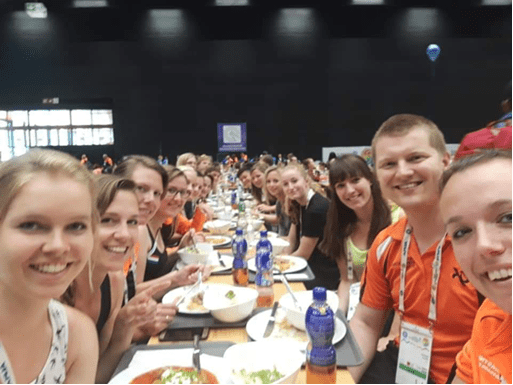 Today we had a sunny opening at the stadium. All the countries entered the stadium to loud applause behind their flags, where an opening show was held. Just like the Olympics! What a powerful feeling to be able to represent the Netherlands. The enthusiasm of all participants was again very high and together we made it a party. Impressed by the amount of people and the great show it was time to lie on the grass in the sun and eat something, after which the ‘Dornbirn Special’ started. In the stadium there were large group demonstrations with up to 750 participants per performance, using all kinds of colors and attributes to create beautiful effects. We ended the evening with a nice party in the center.

Thursday we were allowed to show our demo for the last time, so enjoy it one more time. The rest of the day there was still time to see something of the surroundings and we took the cableway to a beautiful viewpoint. A bit of shopping and then the second ‘Orange grill evening’ with all the Dutch participants and crew of the KNGU. The Austrians again provided us with delicious food and the atmosphere was good. Another trip to the center to have a party with all the participants from different countries before Friday starts.

Friday morning in Austria: unfortunately quite some rain, but that could not spoil the fun. The entire Dutch delegation went to train in the stadium for the closing ceremony, where we will announce with a festive field demonstration that the World Gymnaestrada will take place in Amsterdam in 2023. After practicing hard in the rain, in the afternoon it was time to enjoy all kinds of different demonstrations in the halls once again. In the evening it was time for another highlight: the FIG Gala. There we saw unimaginably beautiful acts that were part of a beautiful story about a better world. With the impressions of this wonderful show we went to bed. How quickly the week went and how we will enjoy tomorrow on that field in that crowded stadium with all the participants!

It’s really over now, the World Gymnaestrada 2019 is done. Today we had the closing ceremony where we could perform as the Netherlands. What was that cool to do! On such a big field in a full stadium a party with the audience, really great! Unfortunately this also meant that the week was really over. In the evening we end this beautiful week with a dinner and a party and then prepared for the journey back tomorrow. It was great, see you in 4 years! 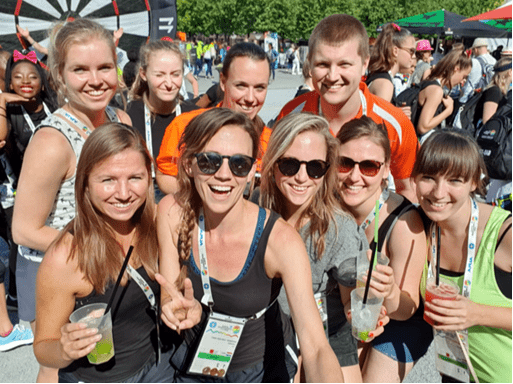 #2: ‘No vaccine is needed for the World Gymnaestrada-virus!’

#1: ‘There is nothing more beautiful than to show our passion to the rest of the world.’